Last week, the NBA Board of Governors attempted to iron out a few wrinkles in the flow of the game, tweaking the amount and the duration of timeouts. While the changes are sure to make things a lot smoother, they carry a relatively minor impact.

We need to look at the biggger picture. The TV money is tied up, and the new collective bargaining agreement eliminates the threat of a lockout (at least, for the next seven years). That leaves the league with the flexibility to make more impactful innovations.

It’s been 11 years since the newest eligibility rules were instituted, requiring that a player be one year removed from high school AND be 19 years old before they can enter the NBA Draft.

The move created the modern day “one-and-done” culture that’s helped some college programs rise to meteoric success, though sometimes at the cost of a player’s future earnings.

Nerlens Noel and the Kentucky Wildcats are the perfect example. Noel was the No.1-rated prospect coming out of high school and was projected to be the top pick in the 2013 NBA Draft.

But the rules stated that Noel had to go to college for a year, so he chose Kentucky, a powerhouse that looked poised to win it all. However, it didn’t come together as planned for the Wildcats as Kentucky missed the big dance and got knocked out in the first round of the NIT Tournament.

To make matters worse, Noel suffered a debilitating knee injury in the process. Just like that, a player that was thought to go No. 1 overall fell to the sixth pick, costing him an estimated $1.8 million.

The first 11 picks in this year’s draft were freshman, and another five were taken later in the first round, a league record. Teams now value youth more than ever, so why not allow them to get even younger?

Marvin Bagley III, Zion Williamson and Bol Bol are already household names. Bagley is even trying to get reclassified be draft-eligible next year. Why delay the inevitable and risk somebody getting hurt (like when Williamson does things like this)?

Of course, to bring back the high school pipeline, the league will need to resolve the issues that caused the rule change in the first place. How can they do that?

Expand the roster to 20

The math is not adding up for the 65+ FA's on the board. Factor in a projected 45 spots to 1st/2nd rd. picks and roster spots are scarce.

Another rule tucked into the new CBA was the creation of “two-way” contracts. The provision affords teams two additional roster spots to be used for developmental players that’ll bounce back and forth between the NBA and the G League. The contracts will pay players a higher salary than standard G League contracts, and it incentivizes them from playing overseas.

The move was praised in league circles as it should keep talent stateside and deepen the NBA’s farm system, but let’s take it a step further. Teams have often kept players long past their usefulness (Nick Collison, Udonis Haslem, Dirk?), often for the veteran leadership that they provide. For instance, Sam Cassell was an unofficial assistant coach for the Boston Celtics in the 2008-2009 season, appearing in zero games despite being on the roster.

Adding an additional three roster spots (20 total) would allow teams to find a unique balance between youth and maturity, and, most importantly, add jobs to the most exclusive sports league on the planet.

Guys that go undrafted out of high school wouldn’t be left without a backup plan. There would also be more second chances for players who get written off way too early. All without having to cut someone like Collison.

Obviously, there’s some tricky salary cap configuration that would need to happen, but did you see what they paid Allen Crabbe last year? The money is there.

Playing time would be an even trickier issue. Benches can only be so long, and the current limit of 13 active players on game night should probably stay where it is. So how will the rest of these guys get minutes?

Blow out the G League

Coinciding with the draft eligibility rule change was the expansion of the NBA Development League from eight to 15 teams. Each D-League team became affiliated with one or more NBA team and was adopted as the official minor league.

The D-League has grown in both size and popularity, expanding to 26 teams and picking up a sponsorship from Gatorade to become the NBA G League. There are now more opportunities than ever to get noticed by NBA front offices.

In the mid-2000’s and prior, high school players didn’t have this opportunity. Many were stuck playing at a level of competition that they were not ready for, both mentally and physically.

Requiring all 30 NBA teams to own and operate a G League franchise would ensure that players have an alternate method of improving their skills while still receiving attention from the NBA—something that cannot be said about the EuroLeague.

If the G League reaches its full potential, how else could the league improve? 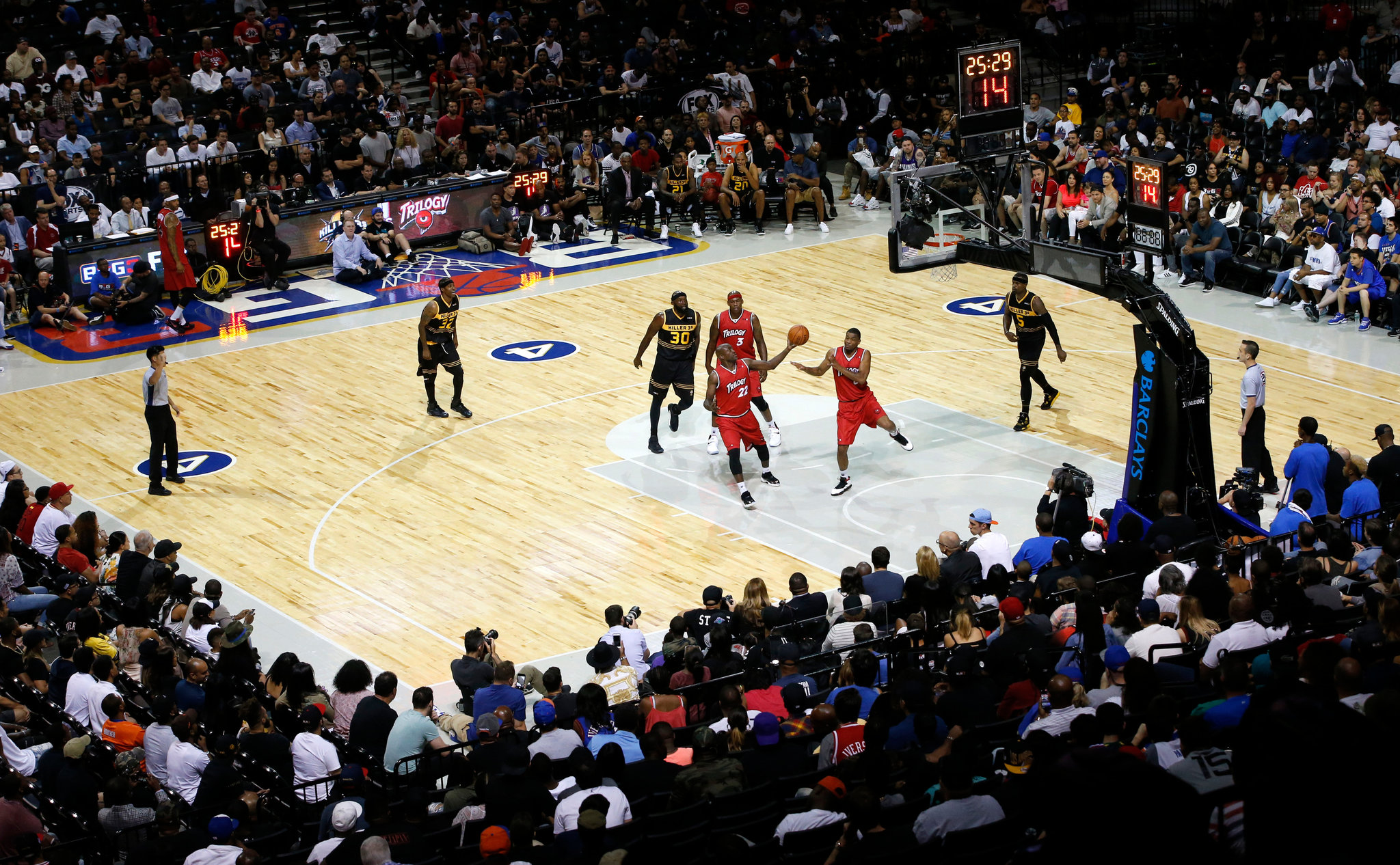 The NBA is rampant with shooters that can drain treys at historically prolific rates. The three-point shot has almost become too easy for some players, so it’s time to introduce a new challenge.

Introduced by Ice Cube’s Big 3, a thirty-foot, four-point shot would be an ultimate game changer. It would enable the quantification of what it means to have “Steph Curry range.” Jimmer Fredette would be a whole new player.

It may seem gimmicky to give even more value and power to unguardable shooters. But just remember, some people thought the three-pointer was gimmicky too.

Overtime is decided by points, not time

ESPN’s Zach Lowe wrote at length about a fascinating way to end basketball games. I’m not a huge fan of the idea as-written, but I think it would be a perfect twist for overtime.

Rather than playing an additional five minutes, the first team to score 10 points in the overtime period would be declared the winner of the game.

This would likely shorten games as there would be no game clock to stall, and there’s no chance of a second overtime. Playing to a specific point total would also mimic that of a pickup game, making it more relatable to fans, similar to how the Big 3 plays.

Game-winning buzzer-beaters would be replaced by… just game winners. But there would still be ample pressure on the player to make the shot.

Don’t overlook this idea. If it proves to work in The Basketball Tournament, more leagues are bound to experiment.

One thought on “5 NBA rule changes that need to happen”